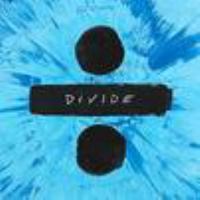 Divide was released in 2017 with 16 songs, and a total playtime of 59 minutes. This album was Ed Sheeran’s 3rd studio released Album, being released by Asylum Records and Atlantic Records. Within one week of the album being released it reached 672,000 sales in copies within the UK, making the album the fastest selling solo singer album in the UK at the time. It won a Grammy Award for Best Pop Vocal Album. Most of the songs in the album Divide are in the Pop genre, the songs have a very slow speed, and a nice tone, making it perfect for background music while doing cleaning, calming down, or doing school work. My favorite song from the album would be Castle on the hill. I’m giving this album a 5/5, It’s a very nice album to listen to while relaxing, his voice combined with some of the songs slow pace and feel make a great combination. This has been Quisque with a SICK album review.-@Quisque of the Hamilton Public Library's Teen Review Board

÷ (pronounced "divide") is the third studio album by English singer-songwriter Ed Sheeran. Before this album was officially released, Sheeran announced a hiatus from social media, further explaining that he found himself "seeing the world through a screen and not my eyes." Ed Sheeran considers this album to be the best one that he’s ever created. This album includes 12 songs and 4 singles. These singles are titled as “Shape Of You”, “Castle On The Hill”, “Galway Girl”, and “Perfect”. The voice of Ed Sheeran can be described as very relaxing and soulful. The songs in this album have their own proper tempos and tones. For example, “Shape Of You” is downtempo and has a relaxing tone. The songs that I mostly enjoy in this album are more harmonious and soulful. My favourite songs in this album are “Shape Of You”, “Dive”, “Galway Girl”, and “Happier”. I recommend this album to people who are having a moody day and need some music to cheer them up. I would also recommend this to people who just want to listen to any music because this album is very relaxing. 3/5 Stars
- @newtricksterx of the Teen Review Board at the Hamilton Public Library

Singer, song writer, musician, Ed Sheeran has sky rocketed to fame in a span of very little time and after listening to his long awaited album, Divide it's easy to see why. Divide is the perfect soundtrack to any road-trip, with songs such as Shape of You, Perfect, and Castle on the Hill, that are sure to leave your voice hoarse. Sheeran's ability to experiment with his music is what makes him standout as an artist. Songs such as Perfect and Happier are classic pop culture songs about falling in love and heartbreak that anyone can relate to. Galway Girl also has a very unique approach with it's Irish folksong influence, Eraser talks about the other side of fame, stress and pressure that could tear anyone apart. I would definitely rate this album 5 Stars. I've always been a fan of pop music and after listening to this album, I've definitely become a fan of his - @Ruby_Tuesday of the Hamilton Public Library's Teen Review Board